The venerable and important bumblebee may be on the way to extinction as temperatures rise globally. The implications on fruits, seed plants, and the entire food chain could be big if these pollinators cease to be around in the future. 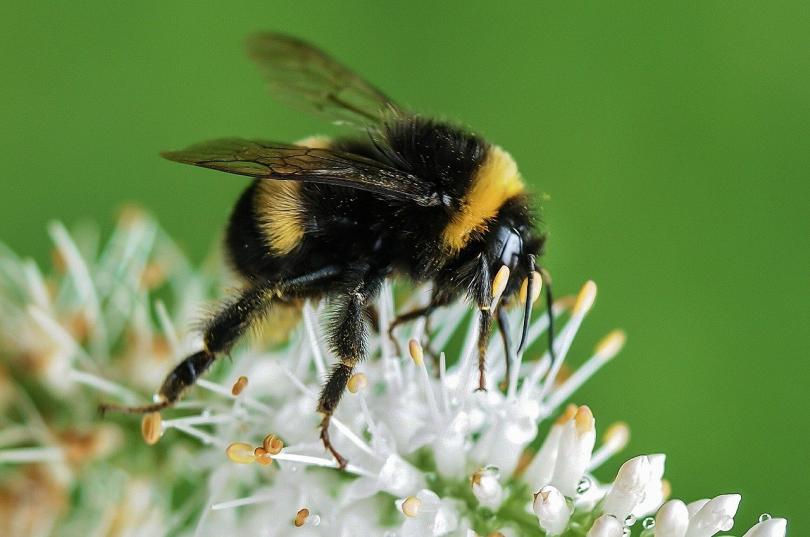 The bumblebee species are far more efficient and important to pollination than most know, making their presence critical to the survival of fruit and seed crops around the world. Photo: Image by Rudy and Peter Skitterians from Pixabay

A new paper just released in the journal Proceeding so the Royal B captured some 20,000 wild bees of many different species during an eight-year research effort. While the study involved bees gathered from a sub-alpine region within the Rocky Mountains, the conclusions of the study are universally relevant as global heating increases everywhere.

The bees gathered came from 154 different species, ranging from larger-bodied ones such as honeybees, leafcutters, and mason bees, and much smaller species. They were studied to determine lifespans and general ability to thrive under differing conditions such as temperature and subsidiary effects of global warming such as early snowmelt and less availability of water during important parts of their lifecycles.

What the authors determined, as summarized in the abstract of their paper, was that “[honey]comb building cavity nesters and larger bodied bees declined in relative abundance with increasing temperatures, while smaller bees increased”. Smaller bees are distinguished not just by size by also by nesting in soil rather than the cavities which are necessary for their larger cousins.

“Further, the study continues, “bees with narrower diet breadths [such as smaller bees] increased with decreased rainfall.” With increasing drought in many parts of the world, these conditions will affect bee populations everywhere.

These findings are consistent with other long-term studies of bees which showed Franklin’s bumblebee (Bombus franklini), Patchwork bumblebee (Bombus affinis), Western bumblebee (Bombus occidentalis), and the American bumblebee (Bombus affinis) have been declining rapidly in population over the last several decades. While much of the blame for the general decline of these variants had been tied to the presence of dangerous pesticides and loss of habitat connected with development and large-scale commercial agricultural intrusion, the new study’s focus on bees sampled away from development and the presence of ever-more dangerous herbicides and pesticides has made it possible to isolate the impact of the climate crisis on bees more generally.

The honeybee, a smaller bee which is usually most associated with pollination, is of course important to keeping flowering plants thriving, something which is of extreme importance for fruit and seed crops globally. But many do not realize the high importance of bumblebees in the same process. Bumblebees, on a “per bee” basis, are among the most efficient and important pollinators in the world, with an ability to visit far more flowers per minute and more pollen per flower tapped than smaller bees.

Bumblebees are in fact the dominant pollinating bee species in many ecosystems worldwide. It is because of that importance that innovations in tracking and caring for these bees, and by providing them with a "safe space" to thrive (exclusive of the climate crisis impacts), have become more common.

Larger bees, the researchers noted, make up a group which “is more threatened under climate warming than other bees in our system”.

The new study also supported previous learnings that bumblebees have a much lower tolerance to heat than other kinds of bees. When threatened by such heat, they will migrate to higher altitudes just to survive. Such climate migration comes at a high price, however, as the food ecosystems which support them do not move with them, forcing die-offs as they starve.

The movement of the honeybees also removes their important pollination function on plants they are no longer around.

As these larger bee species communities disappear, the authors explain, there could be “cascading effects on pollination and ecosystem functioning”.

An estimated three-quarters of the 115 global food crops depend on insect pollination for their continued survival. The loss of the larger bee species will threaten their survival as well.

The paper outlining this study, “Life-history traits predict responses of wild bees to climate variation”, by Gabriella L. Pardee, et. al., was published in the 20 April 2022 issue of the peer-reviwed journal Proceedings of the Royal Society B.