Less than 50 years from now, the once majestic glaciers of the Olympic peninsula range in Washington state will have mostly melted forever, at least for this generation of life on the planet. 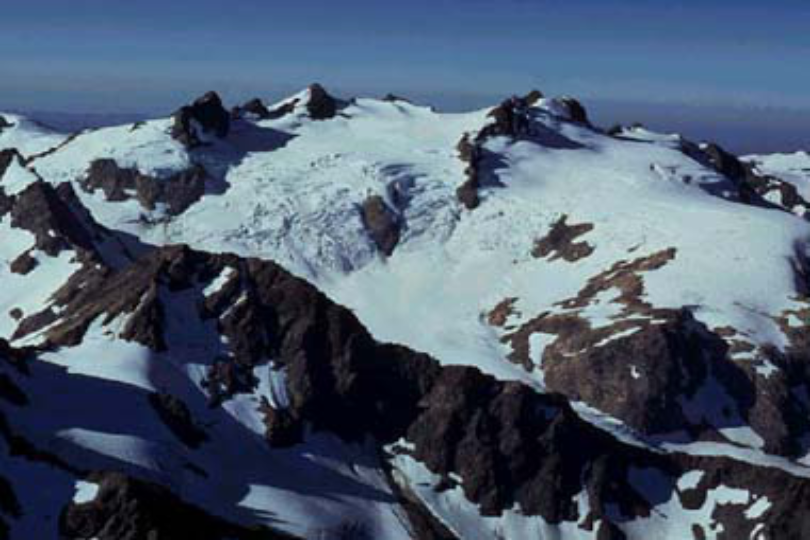 As seen here in 2004, Mount Olympus in Washington state, was once covered with glaciers. By 2070 those glaciers will be long gone. Photo: United States National Park Service

So says a new study just released by Andrew G. Fountain, professor of geology and geography at Portland State University, who headed a recent research project studying how global heating has destroyed these important sources of snowmelt and solar reflection in the U.S. continental Northwest.

Fountain’s study was recently published in the Journal of Geophysical Research, Earth Surface in an article titled “Glaciers of the Olympic Mountains, Washington – the past and future 100 years.” Since about 1900 the region has lost half of its glacier area and since 1980, 35 glaciers and 16 perennial snowfields have disappeared.

“There’s little we can do to prevent the disappearance of these glaciers,” Fountain said. “We’re on this global warming train right now. Even if we're super good citizens and stop adding carbon dioxide in the atmosphere immediately, it will still be 100 years or so before the climate responds.”

Even though preventing glacier melt at the hand of global warming isn’t in the cards, ensuring things don’t get worse is a critical goal, Fountain said.

“This is yet another tangible call out for us to take climate change seriously and take actions to minimize our climate impact,” he added.

Dan Cayan, research meteorologist at the Scripps Institution of Oceanography, University of California, San Diego, said this research reveals that glaciers are a “hydroclimate finger on the pulse of Pacific decadal climate.” The long-term loss of glacial mass found in the Olympic Peninsula is a strong indication of a warming global climate, he added.

“This is a clear and compelling signal of changes that are rolling out across many North American landscapes,” Cayan said. “It is regrettable that the Olympic glaciers are very likely to melt away as climate warming over the coming decades runs its course.”

Glacier disappearance will trigger a chain of impacts, beginning with diminishing alpine streams and species like bull trout that have adapted to the cold water streams.

“Once you lose your seasonal snow, the only source of water in these alpine areas is glacier melt. And without the glaciers, you're not going to have that melt contributing to the stream flow, and therefore impacting the ecology in alpine areas,” Fountain said. “That's a big deal with disastrous fallout.”

“This assessment of glaciers in the Olympic Mountains underscores two key elements of glacier vulnerability. The first is warming summer temperatures, which affect the persistence of glacier ice throughout the summer melt season,” Florentine said. “The second, less obvious, is warming winter temperatures, which affect the replenishment of glacier ice during the winter snow accumulation season. This double whammy has downstream implications for glacier-adapted ecosystems in the U.S. Pacific Northwest.”

The Olympic glaciers are particularly vulnerable because of their lower elevation as compared to glaciers elsewhere at higher elevations where temperatures are significantly cooler such as the Cascade Mountains of Oregon and Washington.

“As the temperatures warm, not only will the glaciers melt more in summer, which you'd expect, but in the wintertime, it changes the phase of the precipitation from snow to rain,” Fountain said. “So the glaciers get less nourished in the winter, more melt in the summer, and then they just fall off the map.”

With this research completed, Fountain will turn next to the entire Western U.S. to develop a comprehensive view of glaciers in Washington, Oregon, California, Montana, Wyoming and Colorado.