Marine Ecosystems to Suffer Severe Disruption from the Climate Crisis

According to a new study, as the oceans grow warmer thanks to trapped solar energy and the climate crisis, there will be massive die-offs as those species which can migrate to survive separate from the ecosystems which support them. 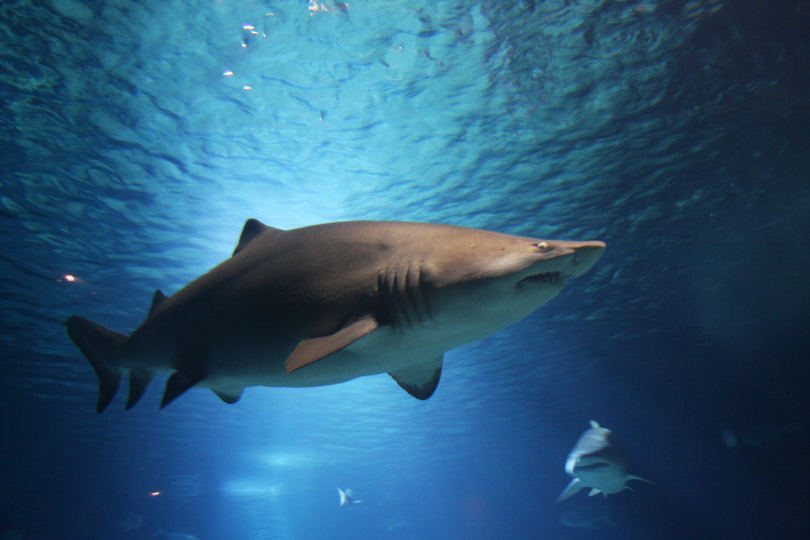 Large predatory fish are expected to lag behind temperature shifts due to food-web dynamics. Photo: Image by rear_window_00 from Pixabay

Just-published research from Rutgers University says global heating will result in there being far fewer thriving fish species in the future.

The root cause comes, the researchers say, from major disruptions in the predator-prey ecosystems within the oceans as temperatures rise.

Not only will large species and commercially important fisheries shift out of their historical ranges as climate warms, but they will likely not be as abundant even in their new geographic ranges. For instance, a cod fisherman in the Atlantic might still find fish 200 years from now but in significantly fewer numbers.

“We found that dynamic trophic interactions hampered species range shifts across 450 simulated food-webs with up to 200 species each over 200 years of warming,” the paper which summarizes this study explains in its abstract.

Based on the analysis conducted, the authors conclude that “current forecasts ignoring dynamic food–web interactions and allometry may overestimate species' tendency to track climate change.”

“What that suggests from a fisheries perspective is that while the species we fish today will be there tomorrow, they will not be there in the same abundance. In such a context, overfishing becomes easier because the population growth rates are low,” said study coauthor Malin Pinsky, an associate professor in Rutgers’ Department of Ecology, Evolution, and Natural Resources. “Warming coupled with food-web dynamics will be like putting marine biodiversity in a blender.”

Previous studies of shifting habitat ranges focused on the direct impacts of climate change on individual species. While these “one-at-a-time” species projections offer insights into the composition of ocean communities in a warming world, they have largely failed to consider how food-web interactions will affect the pace of change.

The new study looked at trophic interactions – the process of one species being nourished at the expense of another – and other food-web dynamics to determine how climate change affects species’ ranges.

“The model suggests that over the next 200 years of warming, species are going to continually reshuffle and be in the process of shifting their ranges,” said lead author E. W. Tekwa, a former Rutgers postdoc in ecology, evolution, and natural resources now at the University of British Columbia. “Even after 200 years, marine species will still be lagging behind temperature shifts, and this is particularly true for those at the top of the food web.”

As climate warms, millions of species are shifting poleward in a dramatic reorganization of life on earth. However, our understanding of these dynamics has largely ignored a key feature of life -- animals and other organisms must eat. The researchers have filled this knowledge gap by examining how the basic need for nourishment affects species’ movements.

The researchers developed a “spatially explicit food-web model” that included parameters such as metabolism, body size and optimal temperature ranges. By accounting for climate change, their model revealed that dynamic trophic interactions hamper species’ ability to react quickly to warming temperatures. They also found that larger-bodied top predators stay longer than smaller prey in historical habitats, in part because of the arrival of new food sources to their pre-warming ranges.

“These dynamics will not only be in one place but globally,” Pinsky said. “That does not bode well for marine life, and this is not an effect that has been widely recognized.”