The concentration of the most powerful of the heat-trapping greenhouse gases in the atmosphere increased by the largest amount since records began being kept in 1983. 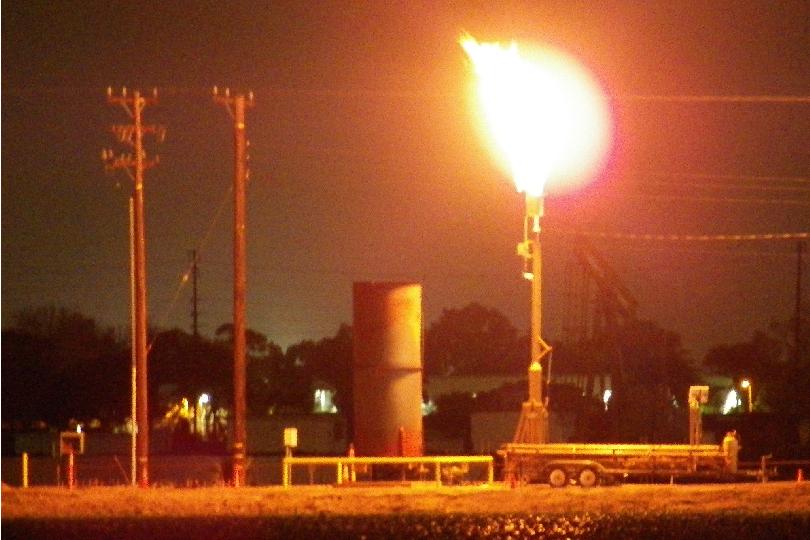 Methane flaring at an Oxnard fuel well. Careless release of excess methane into the atmosphere is a major contributor to ongoing emissions of this especially dangerous greenhouse gas. Photo: haymarketrebel, CC

Though methane represents only 1/200th of the volume of carbon dioxide, the main greenhouse gas in the atmosphere, it is far more dangerous than CO2 by an equivalent volume basis. For at least a dozen years or more, it can trap some as much as 80 to 100 times the amount of solar energy close to the planet as carbon dioxide does.

Methane is produced by nature, such as when plants in wetlands decompose underwater, or by release when methane hydrate crystals beneath the ocean transform from solid to gaseous form, as a direct result of ocean warming and the climate crisis.

Methane is also produced by livestock and released by conventional fertilizer (produced using methane) in agriculture.

Though it is within human power to eliminate much of this, including elimination of livestock from our global food consumption and a full cutoff of natural gas as an electric power source, as with other forms of fossil fuels, the addiction to animal-based food and natural gas as a fuel runs deep. Only a radical restructuring of demand will change this.

Unfortunately for the planet, the latest numbers say that demand is stronger than ever. 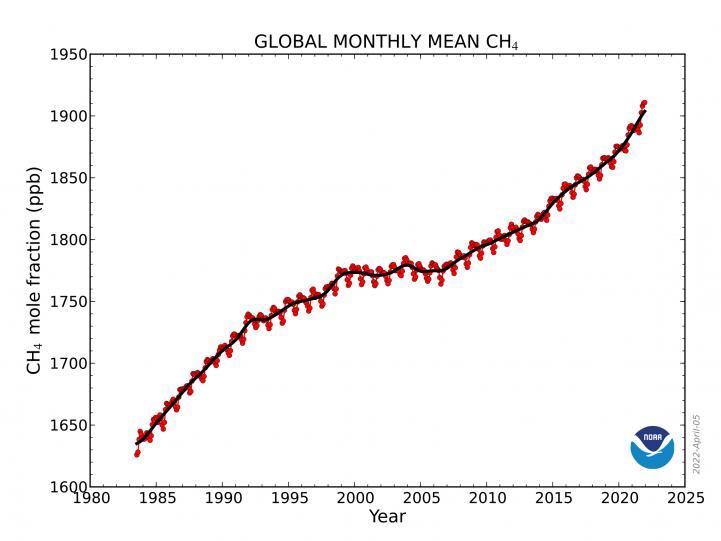 According to data just released by the National Oceanic and Atmospheric Administration, methane levels last year climbed to an average of 1,895.7 parts per billion (ppb), a new high. The increase for the year was 17 ppb, the highest ever.

The rate of change of atmospheric concentration is also increasing. In 2020, the net average increase in methane concentrations rose by 15.3 ppb.

Methane concentrations in 2021 were also 162 higher than the pre-industrial levels of the mid-1800s.

Carbon Dioxide Concentrations Were Also Up for 2021 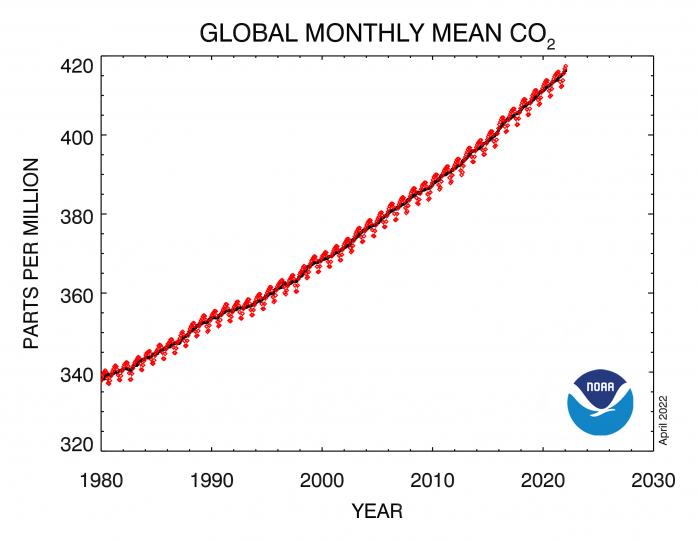 “This makes the 10th consecutive year that carbon dioxide increased by more than 2 parts per million, which represents the fastest sustained rate of increase in the 63 years since monitoring began,” NOAA said a statement accompanying its release. 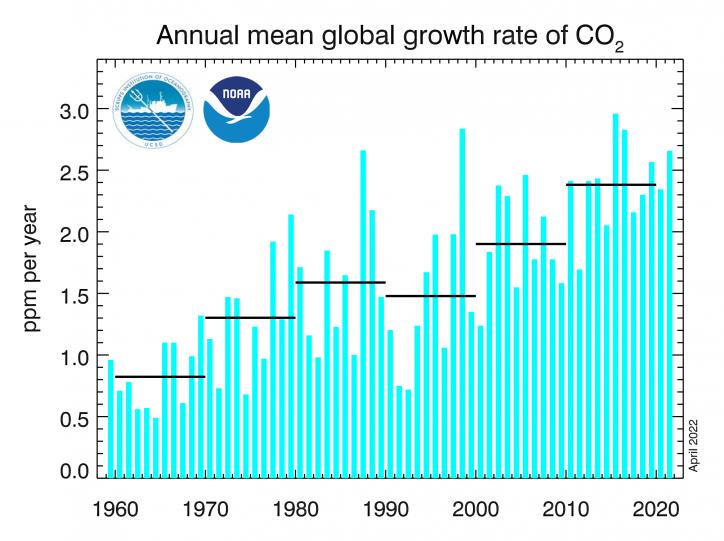 As NOAA scientists pointed out, the atmospheric levels of CO2 we are now experiencing are similar to what they were during the mid-Pliocene epoch some 4.3 million years ago.

During those times, the average temperature was 7 degrees Fahrenheit (3.9 degrees Celsius) higher than pre-industrial times. The temperatures then were so warm then that forests filled what are now primarily tundra regions in the Arctic.

Sea levels were 75 feet (23 meters) higher than they are now.

What We Can Do

Unfortunately for the planet, demand for methane continues to be strong and carbon dioxide emissions show no indication of easing, regardless of how serious global heating has become. Extreme temperatures, the presence of widespread drought in multiple regions on the planet, the presence of powerful tornadoes and super-typhoons and sustained category 5 hurricanes, and sea levels continue to increase.

It is also evident that secondary feedback loops caused by global heating have set in place, so that wetlands deterioration, breakdown of ruminant agriculture, melting permafrost, and burning of forests every spring in Siberia are beginning to contribute ever larger percentages of overall methane and carbon dioxide. As drought, heatwaves, and wildfires continue to spread in area and intensity, carbon dioxide emissions from them will grow ever stronger. And in the sea, as the ocean warms, larger amounts of previously locked stores of methane hydrate will sublime and release their contents into the atmosphere.

Based on these trends and the NOAA data to date, it is reasonable to expect that average methane and carbon dioxide emissions as of the end of 2022 will be higher still.

Climate Survival Solutions, Inc. was founded with the goal of helping individuals and organizations around the planet navigate their way through the climate crisis. They are dedicated to creating a Plan B to help as many as possible survive and thrive in the much hotter world ahead.