The Securities and Exchange Commission (SEC) has proposed a radical rule change which for the first time would require all companies to monitor and disclose key company data related to the climate crisis. 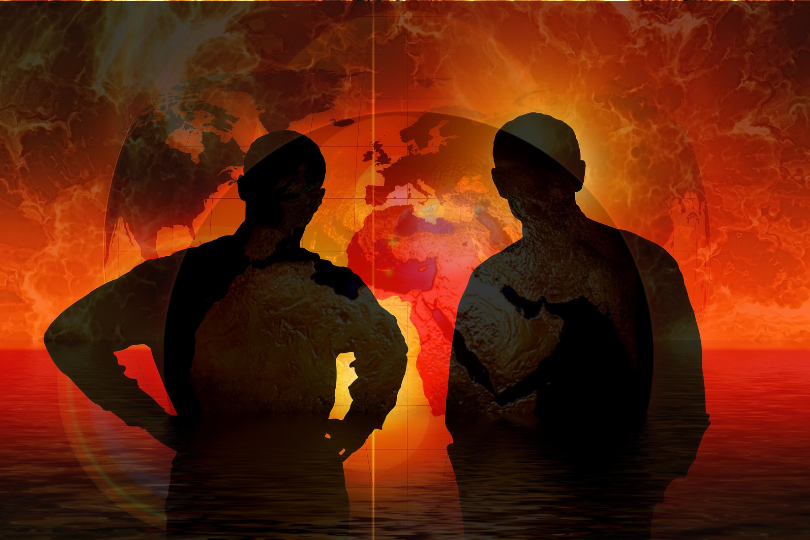 If the new SEC proposed rule change goes into effect, companies and their accountants are soon going to need to explain far more about the climate impacts of their companies. Photo: Trillions and Pixabay

The new rule change, revealed for the first time on March 21, would be one of the most sweeping changes in financial disclosure regulations in the history of the SEC.

If the rule proceeds as proposed, once in effect all publicly traded companies would now be required to:

Monitor greenhouse gas emissions tied to their enterprise, regardless of their source, and report them as part of their corporate disclosures. This would include every part of the value chain they are responsible for in developing, manufacturing, shipping, and supporting their products. It would also require the companies to disclose all greenhouse gas emissions their suppliers emit as allocated to the parts and materials the company sources from others. This would apply even if those suppliers are not publicly held themselves. This would be extremely difficult, expensive, highly inaccurate and do nothing to reduce greenhouse gases.

Analyze and disclose the financial risks the company faces with respect to the climate crisis. These cover strategic and tactical challenges of all kinds and would be an important thought exercise but won't reduce greenhouse gases.

The SEC proposal also provides a means for what SEC Chair Gary Gensler calls “consistent, comparable information” on these issues for investors.

The full rule draft is complex, and full of  detailed requirements, as it must be to ensure proper full disclosure of greenhouse gas emissions and risks with clarity and with as few loopholes as possible. It is 510 pages long and will require careful study even to determine how much of an additional financial burden the reporting process will entail.

Here are some highlights of what is included in the full proposal:

Not only will every public company be required to provide data on the emissions each of their facilities generates, the SEC mandate will also require the use of an independent auditing firm to validate those estimates for the bigger companies.

If the company strategy incorporates carbon offsets, such as investments in forest conservation or emissions recapture, to lower its effective carbon footprint, the logic and data behind those assumptions would need to be publicly disclosed.

Companies must now disclose the emissions impact of whatever they buy from others to provide their products and services.

If the company assumes a “carbon price” as a means of managing its carbon emissions from a financial standpoint, it must disclose what that price is and how it was determined.

A major goal of the greenhouse gas emissions portion of the disclosures is to minimize the ability of company to “greenwash” their public persona as a clean company, via selective disclosure, misrepresentation, or calculation methodologies no other company uses.

A current example of that selective disclosure is currently in use by Tesla, which provides emissions data only for its Model 3 production line to the public. Another trick companies use is to outsource some of the “dirtier” items they use in their products, then to claim that they are a much greener company for having pushed off the responsibility for carbon emissions of those items to some other enterprise. Both approaches to evading full and consistent disclosure would not be possible if the SEC rule goes forward.

The rules require explanations of how the company is structured to oversee and manage its climate-related risks.

Risks must be summarized relative to their material impact on the company’s business and consolidated financial statements, and be identified as short, medium, or long-term in impact.

The impacts would need to be detailed in how they might affect companies’ business strategy, business model, and future fiscal outlook.

Companies would also now be required to share their “processes for identifying, assessing, and managing climate-related risks and whether any such processes are integrated into the registrant’s overall risk management system or processes.”

Financial information must now be provided regarding the impact of specific climate related events, such as severe weather, flooding, drought, and wildfires, for example, on past and project future performance.

Those in favor of the proposed rule change say it is a much overdue recognition of the critical nature of the climate crisis and global heating in impacting business. When companies finally prepare the detailed information requested, it will be possible for the first time to pull together a map of how corporations conduct their business is contributing to the climate crisis.

“Publicly traded companies can no longer cherry-pick climate reporting, and investors will have a much better sense of their exposure to material climate risks,” said Senator Jack Reed (D-Rhode Island) in support of the new proposal.

The Environmental Defense Fund and the Sierra Club issued quick statements of public support for the rule change as it was rolled out.

“Companies have made commitments to address their climate impact without disclosing the full scope of their emissions, the risks their own businesses face from climate change or the relevant business plans to achieve their climate pledges,” said Ben Cushing, head of the Sierra Club’s climate disclosure advocacy effort.

Those against it say it is an overreach of government, at least with respect to the SEC’s charter role as financial watchdog for corporate affairs.

What is without question about the rule change, regardless of which side one is on about the need for the data being gathered, is delivering the necessary disclosures will be costly and time-consuming for many companies.

Imagine in the Tesla case, for example, having to gather information on all emissions from all of its production lines for the first time. The rules would also likely require Tesla, a company with the public image of being a “green company” for marketing purposes, to disclose the carbon emissions associated with the $1.5 billion in Bitcoin it said it had bought as of February 8, 2021. Since Bitcoins are “mined” using energy-intensive high-powered computers, just buying the Bitcoins would seem to force Tesla to account for the carbon footprint of those computers in their future climate-related statements for the SEC.

Consider also what a company like Amazon might be required to do under these new rules. For their ecommerce business, would they have to disclose the carbon footprint of every item made by others that they sell? For their Amazon Web Services businesses, they would also now have to make public the emissions impacts of their vast data centers. For their entertainment businesses, there would now be a need to calculate the carbon impact of producing and distributing their digital content to the world.

In view of the vast nature of the changes the new SEC regulations would require, one can expect major pushbacks from multiple quarters regarding the extent of and invasive nature of the disclosures which would now have to be prepared.

Patrick T. McHenry, the ranking Republican on the House Financial Committee bluntly dismissed the climate disclosure rule as “tone-deaf and misguided.” He claimed most investors are not truly interested in climate-related data for their portfolios.

While that may be partially true, corporations are increasingly including some information on their greenhouse gas emissions and climate risks as a matter of public record. In a survey the SEC conducted of the approximately 7,000 annual reports published for public enterprises in 2019 and 2020, climate issues appeared in over 2000 of them.

The rule proposal was approved by a 3-to-1 vote. The three in favor were all Democratic commissioners; the one against was a Republican on the commission.

The rule change would go into effect for the biggest companies in the 2023 fiscal year. Smaller firms with as little as $5 million in assets will be given one more year to ensure compliance with the new regulations.

Trillions recognizes the very real existential threat of the climate crisis. It also recognizes that it is now too late to prevent catastrophic runaway climate change by merely reducing greenhouse gases, yet it must still be done, but the problem is that it can't be done quickly enough to avoid the collapse of our civilization and mass extinction. We would have had to transition to green energy decades ago. We could have done so were it not for the obstruction of oligarchs and their puppet politicians.

What this new SEC move is really about the continued destruction of the United States. It will:

1. Drive more larger companies out of the U.S. and put smaller companies out of business. This will further consolidate business, enrich and empower the same evil billionaire class responsible for the climate crisis while crippling the U.S. economy.

2. Weaken the dollar and contribute to its collapse and replacement with a digital dollar that ensures complete control of American's finances and the implementation of social credit scores and forced compliance with increasingly oppressive directives and mandates.

The SEC has been hijacked by the same dark forces that have corrupted and gained control of every other federal agency. These forces can be seen clearly in the World Economic Forum.