A strange heat wave has driven temperatures in east Antarctica from temperatures which ordinarily would run as low as -60 degrees F to record highs of up to +10 degrees F. 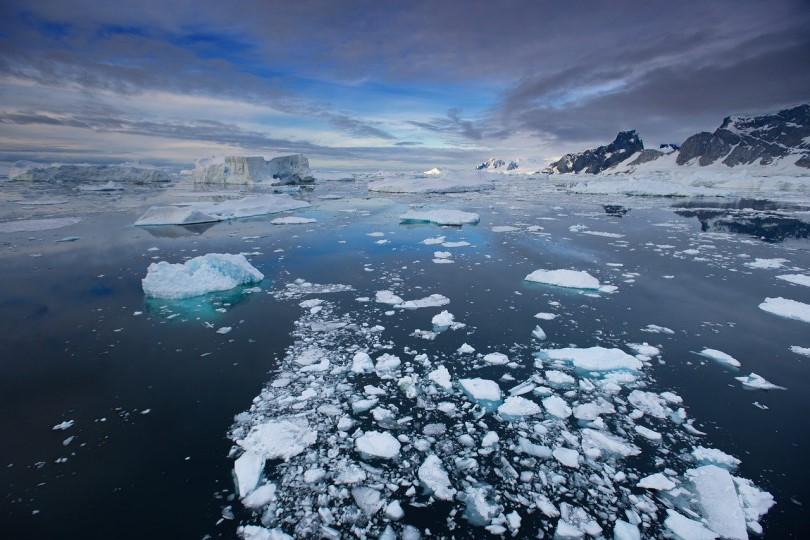 Antarctica's strange heatwave this past week has raised temperatures to new levels -- and fears about accelerating melting of this region's glaciers. Photo: Image by claudiafortgeblasen from Pixabay

That constitutes a heat wave of unprecedented proportions for Antarctica – and anywhere else for that matter.

As the southern hemisphere of the planet dips away from the sun this time of the year, this month is the beginning of fall. While Antarctica, with its perennial snow and ice pack, does not have the same dramatic shifts common to this season elsewhere in the world, what it has in common is that this is typically when temperatures begin to dip down as winter approaches.

Not only is that not happening this year, but the temperature rises just recorded are more than just a minor fluctuation upwards. They are breaking records and raising serious concerns about a possible rapid melt of the Antarctica ice sheets about to happen. 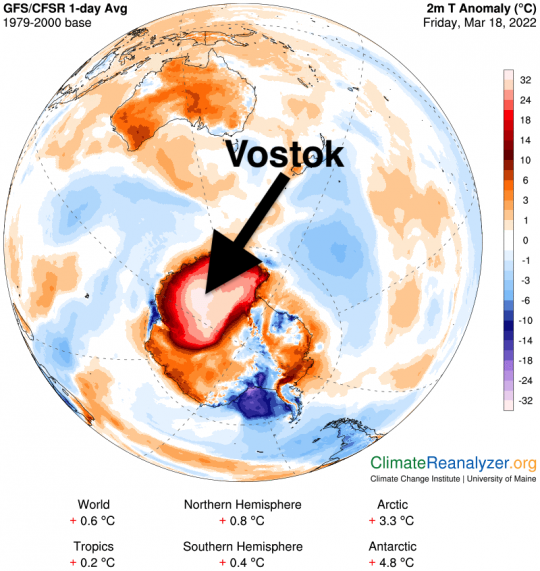 Vostok, Antarctica, was among the places in Antarctica which set a new high temperature record on March 18, 2022. This map also shows the intensity of the local heatwaves present in Antarctica. Photo: Climate Change Institute, University of Maine

As for Vostok, meteorologists were simply in shock. “In about 65 record years in Vostok, between March and October, values ​​above [- 22° F (-30° C)] were never observed," commented Stefano Di Battista, a journalist who has been tracking the South Pole for some time.

As scientists puzzled over this phenomenon, they had another very strange widespread heatwave to understand in the northern hemisphere. 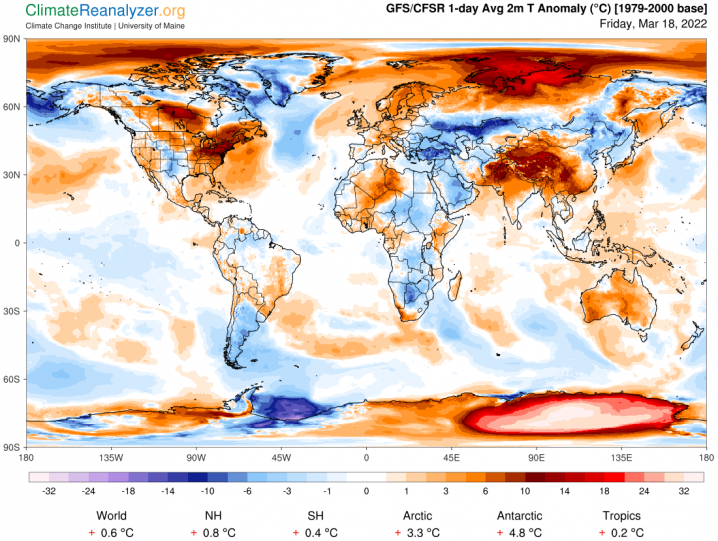 As shown in the satellite thermal map from early morning on March 19, the Antarctica heat bloom is widespread and intense, shown in a wide red band across the bottom of the image.

It is not alone.

The northern pole region is also much hotter than normal with its own shades of red, but more surprising are the intense heatwaves spreading through northern Canada, across the northeastern part of the North American continent, and in northern Europe also.

As part of this heatwave, record or near-record temperatures were set on March 18, 2022 in North America in:

While the warm temperatures may have been good for those wanting to enjoy the outdoors, they, higher-than-usual Arctic temperatures as indicated in the map above, and the extreme highs recorded in Antarctica are not good signs for the planet. They show the pace of global heating is accelerating, with higher rates of ice sheet melting happening in Antarctica and a much hotter-than-normal spring for much of the northern hemisphere as well.