Global Heating Responsible for Dramatic Increases in Frequency and Intensity of Fires in the U.S.

A new research study proves fires in the United States have occurred three times as often, shown up four times as intense, and spread over far more of the country since just two decades ago. 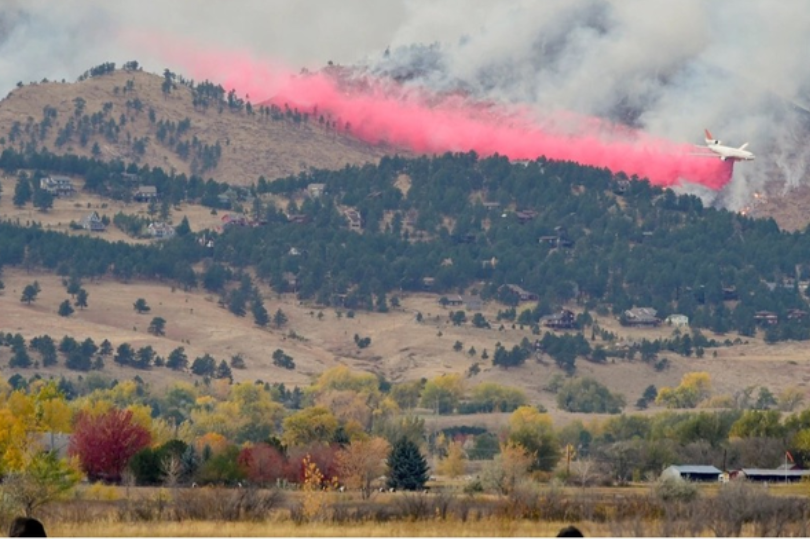 A DC-10 drops fire retardant on the edge of the 2020 Calwood Fire in Colorado. Photo: William Travis, University of Colorado

According to new research just published in the peer-reviewed journal Science Advances, statistics demonstrate that wildfires in the U.S. are more common and more powerful than ever before. They are also spreading into new areas, impacting land that previously did not burn.

“Projected changes in climate, fuel and ignitions suggest that we’ll see more and larger fires in the future. Our analyses show that those changes are already happening,” said Virginia Iglesias, a research scientist with the University of Colorado Boulder’s Earth Lab and lead author of the paper.

To evaluate how the size, frequency and extent of fires have changed in the United States, Iglesias and her colleagues analyzed data from over 28,000 fires that occurred between 1984 and 2018 from the Monitoring Trends in Burn Severity (MTBS) dataset, which combines satellite imagery with the best available state and federal fire history records.

The researchers also took a closer look at the most extreme fire events in each region. They found that in the West and Great Plains, the largest wildfires grew bigger and ignited more often in the 2000s. Throughout the record, large fires were more likely to occur around the same time as other large fires.

“More and larger co-occurring fires are already altering vegetation composition and structure, snowpack, and water supply to our communities,” Iglesias explained. “This trend is challenging fire-suppression efforts and threatening the lives, health, and homes of millions of Americans.”

Finally, the team discovered that the size of fire-prone areas increased in all regions of the contiguous United States in the 2000s, meaning that not only is the distance between individual fires is getting smaller than it was in the previous decades but also that fires are spreading into areas that did not burn in the past.

These results confirm a palpable change in fire dynamics that has been suspected by the media, public and fire-fighting officials. Unfortunately, the results also align with other troubling risk trends, such as the fact that development of natural hazard zones is also increasing wildfire risk. “These convergent trends, more large fires plus intensifying development, mean that the worst fire disasters are still to come,” said William Travis, co-author and Earth Lab deputy director.

The study authors suggest that to adapt and build resilience to wildfire impacts, planners and stakeholders must account for how fire is changing and how it is impacting vulnerable ecosystems and communities.