Is the Earth Heading for a Sixth Mass Extinction Event?

Studies by team at the Massachusetts Institute of Technology suggest that past mass extinction events on the planet have been linked to runaway ecological change. Could that be what is happening now with the climate crisis? 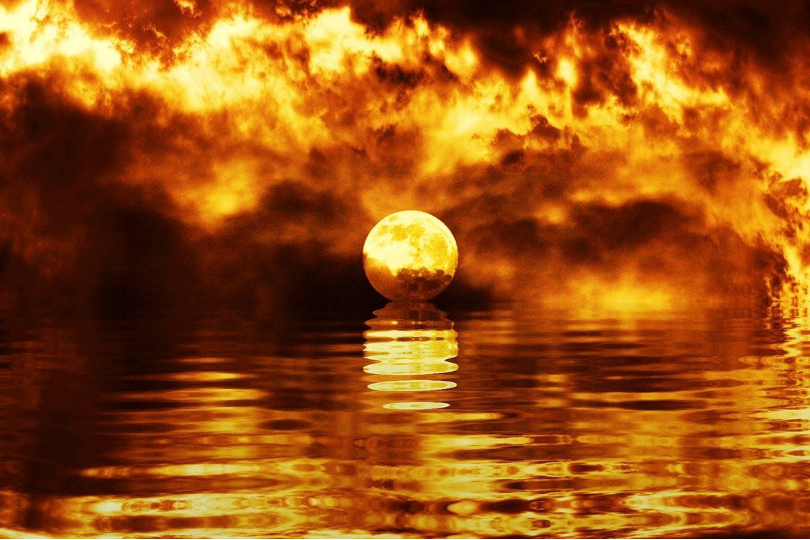 Thanks to intensive carbon absorption and heating, our planet's oceans appear to be the trigger point for a massive ecological collapse of life on earth. Photo: Image by Michael Watts from Pixabay

This is the dilemma currently being explored by a team led by Daniel H. Rothman, a geophysics with extensive experience analyzing the impacts of global heating, and co-director of MIT’s Lorenz Center, an institution dedicated to understanding the climate crisis.

In an interview with Rothman recently completed with The Times of Israel, based on extensive experience looking at the last five major extinction events on the planet, he believes it is possible we are close to passing a tipping point regarding the amount of carbon absorption in the atmosphere, the oceans, and elsewhere on the Earth.

Rothmann used as his basis for analysis his group’s own detailed study of what happened in the past five major mass extinction events on the planet.

In each of these cases, all of which happened in the last 500 million years, the hard truth is that over 75 percent of all species of marine animals died. Their deaths in every case were linked to what Rothmann calls “a major disruption of Earth’s carbon cycle.”

While the root cause of those disruptions cannot be proven, research by Rothmann and others in his team suggests what happened just before that disruption is a set of increasingly more damaging environmental stresses, leading to a final one pushing most life on Earth to a deadly end.

Think of it as a series of microearthquakes which loosen large tectonic plates, not so they are free to relieve stresses but to ultimately let loose for the ultimate mega-earthquake.

Are we at that point now? Rothmann speculates in other writings that we already have several warning signs we need to monitor carefully at this point.

The first clue lies with looking at sedimentary rocks from those earlier times when mass extinctions occur. Based on analyses of these data, the MIT researchers determined from analyzing those rocks that in one past mass extinction, carbon levels increased at a normal rate, nothing unusual. But in the four other mass extinction events, the carbon levels were increasing far more rapidly than in the past.

Since life on Earth is carbon-based, when the carbon cycle – the cycle of biochemical reactions which transfer carbon from one form to another, as well as the basis for any healthy ecosystem – is stressed too much, the normal equilibrium state of that cycle can, as Rothmann puts it, “greatly amplify the original fluctuation” of the cycle. When that happens, the lifecycles on the planet often cannot cope, with no ability to evolve to deal with the changes in the short times in which they occur.

Is that happening now?

Rothmann begins his arguments by laying out the bitter truth that anthropogenic activities – the combined impact of humankind – are already producing carbon dioxide in volumes faster than previous mass extinction events experienced due to major volcanic eruptions throughout the globe.

His team’s own calculations point to the rate of this carbon dioxide injection in the atmosphere and the oceans as so fast they will push the planet to catastrophic mass extinction before the end of the century. Rothmann specifically notes that such carbon dioxide increases will by that time have caused irreparable damage to the many carbon cycles that keep all of life alive. Since some of them are already well in motion, that could mean the real carbon cycle transitions have already been triggered and may be inevitable.

Rothmann’s team is specifically monitoring the amount of carbon dioxide absorption in the ocean, which is where most carbon dioxide emissions end up being absorbed by the planet.

This is far more than in the atmosphere, which is rightly focused on by climate scientists as the cause of global heating on the planet. Temperatures of a few degrees’ shift, regardless of whether Centigrade or Fahrenheit, can meet a death knell for many thousands of species at once.

In the oceans, what Rothman focuses on as the danger point is what he calls the “critical threshold for carbon” there, a point at which too much carbon changes the entire biochemistry of the ocean beyond recovering. He and his team at MIT estimate that threshold as around 300 gigatons added in each century.

One important factor about this threshold is that the normally touted “solutions” to the climate crisis, which include concepts such as atmospheric carbon capture or cutting back on carbon emissions, will have little impact on the amount of carbon already absorbed in the oceans when and if those solutions come to pass.

In the recent interview, Rothmann made the seriousness of what he was speculating about more clear still, by noting that humanity is already on track to pump some 500 gigatons of carbon into the oceans by 2100. That is 66% more than the critical carbon dioxide threshold for the oceans that his team calculated as the beginning of the end of the planet’s life forms.

Though it is not good news for any of us, the MIT team also speculates that secondary effects which may release carbon in other forms could bring the tipping point for having too much carbon to occur much earlier than the end of the century.

That, added to other amplifying effects, such as unstoppable permafrost melt in the colder regions of the planet and methane releases from deep within the ocean, could make the final extinction event happen sooner than anyone realizes.

What this means – and what few will want to believe – is that we as a species have likely already done so much damage just to the oceanic carbon cycle alone, that there is no turning back from the sixth mass extinction event. With ocean acidification and temperatures already causing mass deaths and climate migration separate from their food chains for marine species, that mass extinction appears to be already well under way. Based on what Rothmann and his team have projected, what is ahead of us now is more just a matter of time rather than an opportunity to turn back the clock.

Climate Survival Solutions was formed to help humanity survive and thrive in the much hotter world of the climate crisis. Please visit us at https://www.climatesurvivalsolutions.com for more information.